The number of dogs on India’s streets declined from 1.71 crore in 2012 to 1.53 crore in 2019, according to figures tabled in Lok Sabha on Tuesday by Fisheries, Animal Husbandry and Dairying Minister Parshottam Rupala. Replying to a question from Thomas Chazhikadan of Kerala Congress(M), the Minister cited these figures from the Livestock Censuses of these two years. 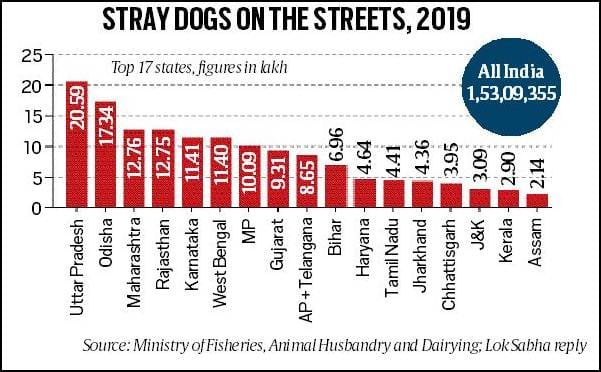 0
The Union Territory of Lakshadweep had not a single dog on the streets, in either of the two Livestock Censuses. In the 2019 Census, no stray dogs were found in two other states: Dadra & Nagar Haveli Haveli (a drastic decline from 2,173 in 2012) and Manipur (where 23 strays were counted in 2012). In Mizoram, the count had been zero in 2012; this increased to 69 in 2019.