The Old Delhi neighbourhood Ballimaran is widely known to have housed Ghalib, the renowned Urdu poet. The locality, however, was home to another Muslim family that would produce a gifted storyteller who would attain international fame and infamy in equal measures: Salman Rushdie, who is once again in the news after he was stabbed on stage in New York last week.

The author’s Kashmiri Muslim family had made Delhi their home for a long time before shifting to Mumbai and it was in Ballimaran that Salman’s father Anis was born and spent his childhood. In fact, his grandfather carried Delhi in his name; Khwaja Muhammad Din Khaliqi Dehlavi.

In his memoir Joseph Anton, published in 2012 and written in the third person, Rushdie recounted how, and why, his father Anis “invented” Rushdie as the new family name.

“His (Anis’s) father’s name had been quite a mouthful, Khwaja Muhammad Din Khaliqi Dehlavi, a fine Old Delhi name that sat well on the old-school gentleman glaring fiercely out of his only surviving photograph, that successful in industrialist and part-time essayist who lived in a crumbling haveli in the famous old muhalla, or neighbourhood, of Ballimaran, a warren of small winding lanes off Chandni Chowk that had been the home of the great Farsi and Urdu poet Ghalib,” Rushdie wrote in Joseph Anton.

To Anis, who went to Cambridge and became a barrister, the name seemed “too heavy to carry around in the modern world”.

“Anis renamed himself ‘Rushdie’ because of his admiration for Ibn Rushd, the twelfth-century Spanish-Arab philosopher of Cordoba who rose to become the Qadi, or judge, of Seville’, he wrote in Joseph Anton.

Abu Walid Muhammad Ibn Ahmed Ibn Rushd, known in the west by the Latinised name ‘Averroes’, lived in Al Andalus (the area in modern-day Portugal and Spain ruled by Muslims in the 11th-12th centuries) between 1126 and 1198 CE. A radical rationalist, he championed the philosophy of Aristotle and promoted philosophical probing of religion as opposed to literalist interpretations of the scriptures.

As per Philosophy in the Islamic World by Peter Adamson, Ibn Rushd was born and lived during the Almoravid (1040-1147) and Almohad (1140-1248) dynasties and came from a family of eminent jurists of the Maliki school of law. He received education in religious and philosophical spheres before serving as a judge in his native town of Cordoba, and Seville, and later migrated to Marrakesh where he was briefly a physician in the court of Caliph Abu Yaqub Yusuf. He wrote on various subjects, including philosophy, theology, politics, psychology, natural sciences, and Islamic jurisprudence. His extensive, in-depth commentary on the works and ideas of Aristotle is deemed of great importance in the western world. 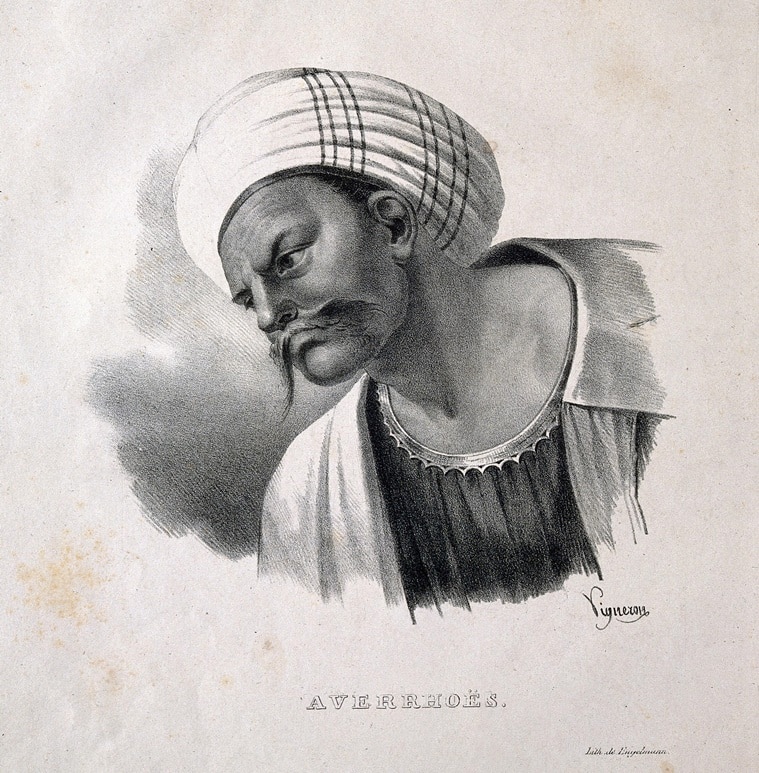 Rushd spent much time arguing in favour of probing religious ideas with tools available to philosophers during his time. He considered philosophy and its study as halaal (strongly opposing views of other contemporary Muslim scholars, especially Al Ghazali) and even obligatory on those who had the means to indulge in them, based on quranic verses which ask the followers to investigate and ask questions about creation.

Although being a staunch Aristotelian, he argued for a larger role for women in societies and criticised the limiting the women to indoor responsibilities in the contemporary Muslim community. Within Islamic jurisprudence, he considered all public roles open for women, including fighting in wars. He argued that women could not be forced to marry against their wishes and that she could contact her own marriage, independent of a guardian.

In 1195, he fell out of royal favour and was exiled, likely for political reasons. As per anecdotes, his books were burnt too. However, shortly before his death in 1198, he returned to the royal grace. ‘Entering the battle with the right name’

Anis shifted to Mumbai (then Bombay) before India’s independence and was a rich businessman who had inherited wealth from his textile magnate father. Anis cleared the Indian Civil Service (ICS) exam in 1933 and was in the middle of the two-year probation training in Britain when the authorities, reportedly, discovered that he had fudged his date of birth. He was ousted from the service. As per his son’s account, Anis lost most of the inherited fortune and turned to alcoholism in his later life.

In 1963, when Salman was studying in England, Anis, wife Negin, and youngest daughter Nabeela shifted to Karachi after selling their Mumbai house, the Windsor Villa. This move by his “godless” father ” to mysteriously decamp to Karachi” was inexplicable to Salman. The reason given to him by Anis did not ring true to him: That they felt “increasingly alien in India as Muslims” and that he wanted to find “good Muslim” husbands for their daughters. “It was bewildering. After a lifetime of happy irreligion, they were using religious rationales,” says Rushdie in Joseph Anton. Rushdie suspects there must have been other real-world problems such as tax or legal issues that led to them abandoning the home and the city they loved.

When The Satanic Verses controversy broke out in 1988 and it became clear to Rushdie that the threat to his life was real and unlikely to go away anytime soon, he thought to himself, that the family name ‘Rushdie’ was a gift from his father given to him by wrapping it in a time capsule to be opened only when he was adult.

“His (Anis’s) son bore the name for two decades before he understood that his father, a true scholar of Islam, who was also entirely lacking in religious belief, had chosen it because he respected Ibn Rushd for being at the forefront of the rationalist argument against Islamic literalism in his time; and twenty more years elapses before the battle over The Satanic Verses provided the twentieth-century echo of that eight-hundred-year-old argument,” he wrote in Joseph Anton.

“At least… ‘I’m going into this battle bearing the right name’.. (with) the flag under which he was ready to fight, the flag of Ibn Rushd, which stood for intellect, argument, analysis and progress, for the freedom of philosophy and learning from the shackle of theology, for human reason and against blind faith, submission, acceptance and stagnation,” he wrote.