A five-time MLA who is also the current CM of Himachal Pradesh versus a defeated Congress candidate… This is how the poll campaign is going on in Seraj – the most pampered constituency in the hill state – which has over 84,000 voters. It was earlier known as Chachiot and after delimitation in 2010, it was renamed Seraj.

Jai Ram Thakur (current CM) lost his first election from Chachiot in 1993 at the age of 26 to Congress’s Moti Ram by a thin margin of about 800 votes. But in 1998, he bounced back with a vengeance and has not looked back since then.

Chet Ram Thakur is his Congress opponent who is contesting his third election.

“Chet Ram had lost to Jai Ram in 2003 and 2017. This is his third election. Though a CM is contesting from this constituency, we are also getting a good response,” said Ved Parkash, a Congress supporter. 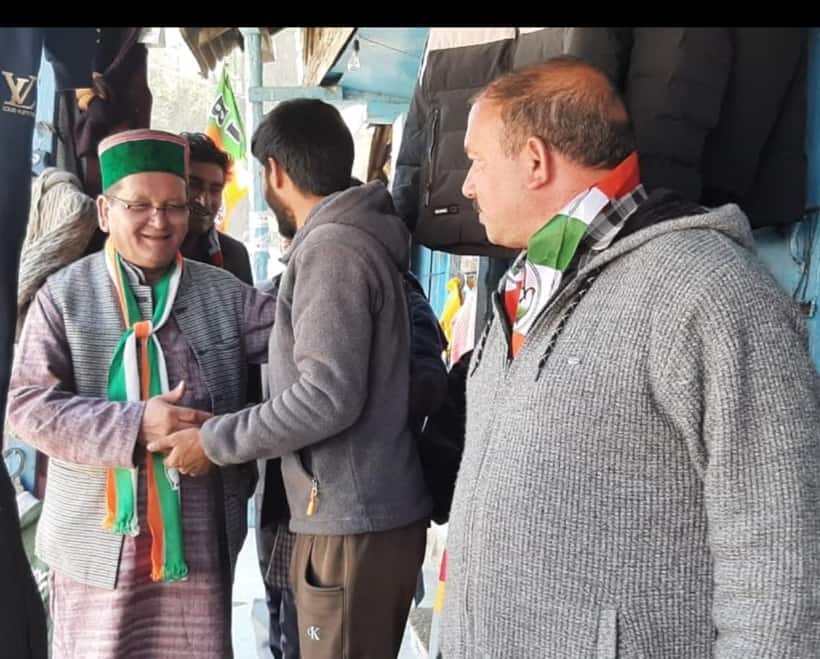 CPM has fielded Mahendra Rana from this seat, while AAP candidate Gita Thakur’s nomination papers were rejected during scrutiny.

Being a CM constituency, several development projects came Seraj’s way which did not go down well with the Opposition. Jai Ram was always at the receiving end of Congress’s ire for favouring Seraj more than other places. Congress leaders often target Jai Ram by saying that “he is the CM of only his own constituency”.

Chet Ram in public speeches had been attacking Jai Ram saying he couldn’t control law and order in the state, especially in his own constituency. He says that six murders took place in the past in the constituency, “but not a single case has been solved by police yet. Fake promises were made by BJP and the CM himself”.

For the uninitiated, Himachal has a history of not repeating the government. Every five years, there is a change of government in the hill state. Hence slogans on ‘riwaz’ are very popular in CM’s constituency as well as in the state.

Seraj is a 100% rural constituency. The CM has nursed this constituency well. As the representative of this constituency, Jai Ram has invested in indoor stadium, lift irrigation, water supply augmentation scheme, better roads, etc. Several work-in-progress projects are on the verge of completion.

“We feel proud that the CM is from Mandi district. We are the pampered voters. We get special treatment when we go to government offices for some work,” says Hoshiyar Singh Thakur, a Seraj-based resident.

Lalita Devi, another voter from Seraj, says, “Congress has created its own space in the constituency. You can’t ignore the party completely. But, no doubt, a current CM is fighting from this seat and taking on such a heavyweight candidate won’t be easy for any party.”

Congress camp while talking about ‘change’ says, “Yes, voices of ‘badlaav’ are heard here and there. Like what happened in Punjab assembly elections where heavyweights were shown the door, ‘change’ is expected in the hill state also but how drastic it would be, it can be gauged from the coming days’ campaign only.”

Fifty-seven-year-old Jai Ram was the rural development and panchayati raj minister in 2009-12 during the Prem Kumar Dhumal government. He started his political journey from Akhil Bhartiya Vidyarthi Parishad (ABVP) way back in 1986. He was the Yuva morcha state president in 1993-95 and was the BJP state president in 2006-09.

On rising inflation and unemployment, 71-year-old Chet Ram says, “Himachal Pradesh has unemployment rate of 9.2% which is higher than the national average of 7.9%. As many as 63,000 posts in government offices are lying vacant in HP. From this data, one can make out how the CM has served the state.”

Hoshiyar Singh added, “Jai Ram often says in his speech that Congress has nothing to offer except criticising him (CM). This time the ‘riwaz’ (custom) will change, BJP will break the jinx and come back to power again.”

The streets of Seraj have been reverberating with BJP workers’ slogan – ‘Na takth badlega… na taaj badlega… iss baar sirf riwaz badlega‘. Jai Ram had been regularly posting pictures and videos of the workers campaigning on his behalf in the constituency as he had been mentioning in his posts that for the first time he wasn’t not able to visit his constituency too often as he was busy campaigning in the whole of the state .