Every day at noon, the busy stratified streets of Guruwar Peth reverberate with rings from the Church of the Holy Name of Panch-Howd Mission. Amid the cacophony in the neighbourhood, the clangs from the 125-year-old bell tower located on the premises of the Anglican church are a loud testament to the advent of Mission work in the old city of Poona in the early 1800s.

Panch Howds (Five Tanks) and the beginnings of the Poona Mission
“The first attempt on record at Mission work in Poona seems to have been made in 1831 by a Scotch Presbyterian Guild (SPG)… In 1869 Bishop Douglas of Bombay eloquently urged the establishment of a chain of Mission stations in the Maratha country, beginning with Poona and Kolhapur; and eventually, in response to this appeal, two SPG missionaries were stationed at Poona in 1873, but only remained there about a couple of years… The first real step towards establishing a permanent Mission within the City of Poona itself was made in 1877 by Dr Mylne, then Bishop of Bombay. He purchased a large native bungalow, which still forms the headquarters of the Mission,” writes Reverend Father Elwin in his book ‘Thirty-Four Years in Poona City Being the History of the Panch Howds, Poona City Mission, India’, 1911.

The Church of the Holy Name of Panch-Howd Mission gets its name because it was built on the panch (five) howd (water tanks) in the area. “These water tanks were part of the water system of old Poona and it is said that it was connected with the water sources based in Katraj. At the time, the church was on the outskirts of the village and the water tanks were one of the sources of water… over time, the howds were filled in and closed. In fact, on the land where once three of the water tanks were, now stands a municipal hospital,” said Avinash Suryavanshi, president of the Society of the Church of Holy Name (SCHN). 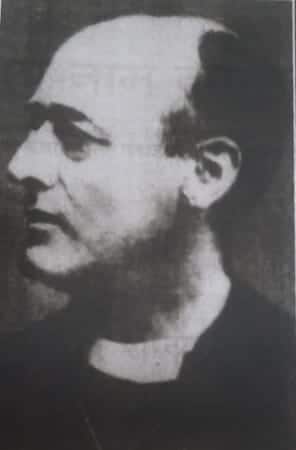 Reverend Father Elwin’s writings and the church’s document on its 125th anniversary attest that the Mission work of the Church of the Holy Name or better known as Pavitra Naam Devalay was spearheaded by Reverend Louis George Mylne, who appealed to the Community for Sisters of the Saint Mary the Virgin to work in his diocese. While the work towards the Mission started under difficult circumstances, “the great famine of 1877 and 1878 in Western and Southern India left thousands of starving children to be provided for by Christian charity and an orphanage opened by the Sisters was quickly filled with girls,” Rev Elwin wrote.

Today, the Church of the Holy Name is still involved in many social activities such as running schools, homes for the aged, and boarding for underprivileged children from rural areas and lower economic backgrounds. Additionally, the church also holds special services in sign language for speech and hearing-impaired people every Wednesday.

A growing congregation
As the congregation grew, a subscription list for a new church was opened in 1879 and a sum of £4,000 was raised, writes Rev Elwin. The foundation stone of the church was laid in September 1883 by the Bishop of Bombay and was completed in 1885, just in time for Christmas services. Today, the church is a Grade-I heritage site.

The exterior of the Church of the Holy Name is built of red brick, relieved by bands of yellow and blue bricks while the interior is designed in the Roman Basilica style. At the apse (semi-circular space at one end of a church building) stands the High Altar, a magnificent structure containing a beautiful combination of delicately coloured marbles and alabaster made in Plymouth. The church also houses the Chapel of our Lady, a marble altar erected in 1898 which was made at Jeypore (presently Jaipur) in Rajputana under the skilled direction of Sir Swinton Jacob. Meanwhile, the altar of St Nicholas (the children’s altar), made of carved teak, is a good specimen of pastoral work done in the Mission workshop. In 1905, the church was extended with the addition of four bays and a baptistery, writes Rev Elwin.

The interior of the church also has an ‘eagle-shaped’ brass podium stand that holds the holy book. The rudimentary form of lighting in the church was provided by three brass chandeliers, made by Johnston Brockers, 32, New Street Square, London, in the year 1821, as well as six hand-held candlesticks. However, today, the church is also lighted with enchanting artificial lighting on specific days.

“The services, hymns, psalms, and songs in the church have always been held in the language of the locals that is Marathi. On special occasions, the altars are decorated and after the service is concluded, the congregation seeks blessings from the priests on the forehead… The church also holds baptism for adults and children alike as well as the services of weddings and funerals,” said Suryavanshi.

One-of-a-kind belfry with eight bells
“One of the munificent special gifts which the church has received is a lofty bell and clock tower, 130 feet high, with a ring of eight fine bells, cast by Taylor and Sons, of Loughborough, and having on each bell the Holy Name of Jesus. The tower was begun in August 1893 and was at last finished and blessed in 1898. The fourth storey is the clock room. Above the clock room is the bell chamber, and from a platform above the bells, a wide view over the city and the surrounding district is to be had,” writes Rev Elwin.

According to Suryavanshi, each bell represents a musical note and the bell tower is probably one of its kind in the Asian continent. “The bells are varying in sizes and denote the musical notes starting from Sa, Re, Ga… till the last Sa. During pre-Independence, the church bells were probably rung in the tunes of hymns… today, we have a group of selected boys who play the national anthem on Republic Day and Independence Day, while hymns are played on Christian holidays like Christmas. Meanwhile, one bell is rung at 6 am, 12 noon and 6 pm every day.

Suryavanshi added, as many members of the church believe, that the bell tower was to get an automated mechanised system for the bells. “It is said that the machine parts and the clock face were being shipped from Britain but are said to have been lost in a shipwreck,” he said.

The Second Coming and a controversial tea party
In 1917, Sadhu Sunder Singh, a formative figure in the missionary conversions of the Christian church in India, during his visit to the Church of the Holy Name of Panch-Howd Mission, said that “the church will stand till the Second Coming”. The Second Coming (sometimes called the Second Advent or the Parousia) is a Christian belief regarding the return of Jesus after his ascension to heaven about 2,000 years ago.

“Sadhu Sunder Singh is a revered figure among many Christians and the prophecy made by him for the Church of the Holy Name is something we hold close to,” said Suryavanshi.

Another significant account attached to the Church of the Holy Name of Panch-Howd Mission is that of a tea party. The then Sisters of the Saint Mary the Virgin and the Reverend of the church hosted some notable names of the freedom struggle – Bal Gangadhar Tilak, Mahadev Govind Ranade, RG Bhandarkar and Gopal Krishna Gokhale – on October 14, 1892. After the lecture, the invitees were served biscuits and tea.

“At the time, given the political atmosphere, the episode had stirred quite a controversy and they had to endure excommunication (exclusion) from the society. Today, the church holds pride in having hosted some of the most illustrious names in the history of our freedom struggle,” Suryavanshi adds.