Prime Minister Narendra Modi Tuesday called for “a detailed and extensive inquiry” to “identify all aspects” relating to Sunday’s Morbi bridge collapse in which 135 people were killed and 170 rescued.

The Prime Minister, who visited the bridge collapse site and met the injured in the local hospital, chaired a meeting in Morbi to review the situation.

He landed in Morbi around 4 pm and drove straight to Darbar Gadh, the western end of the suspension bridge. 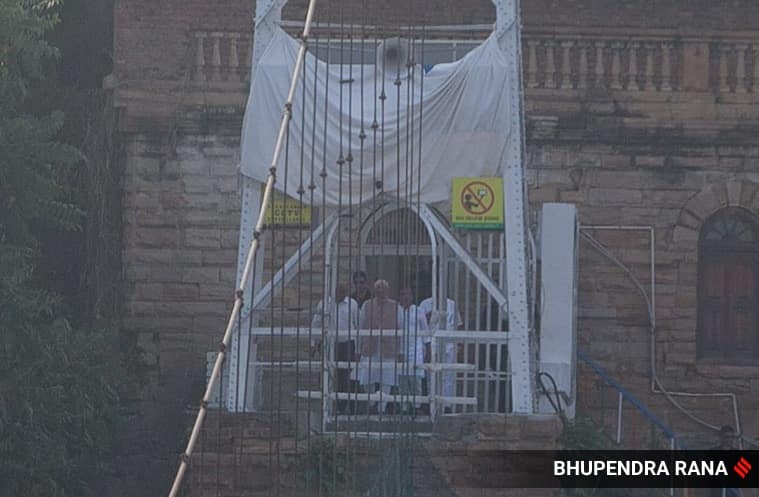 “Went to Morbi, which witnessed the horrific bridge mishap. Met the bereaved families and extended condolences. I visited the site of the tragedy and went to the hospital where the injured are recovering. Also met those involved in rescue ops and chaired a review meeting,” Modi said in a Twitter post.

Accompanied by Gujarat Chief Minister Bhupendra Patel and Minister of State for Home Harsh Sanghavi, the Prime Minister went to the approach of the suspension bridge through Darbar Gadh, the palatial building which used to be the court of the rulers of the erstwhile princely state of Morbi. 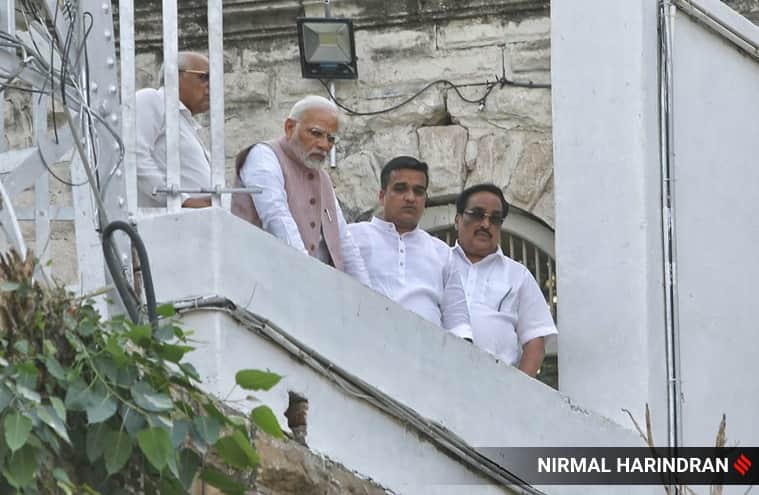 Sanghavi was seen drawing Modi’s attention to the structure of the collapsed bridge. Search teams kept scouring the river bed looking for two persons who have been reported missing.

Ahead of the PM’s visit, a banner of the Oreva Group, the company under the scanner after the bridge collapse, was covered with sheets at the site.

Oreva Group has been involved with the bridge since 2008.

The CM briefed the PM on the search and rescue operations and other relief measures taken by the state government, it stated.

At the GMERS General Hospital, Modi interacted with the injured. “The Prime Minister gave special instructions to the staff of the civil hospital to ensure best medical treatment, without any failure, to the injured,” the release stated.

Modi also spoke to relatives of some of the victims.

Search and rescue on Monday at the site of the bridge collapse in Morbi. (Express photo by Nirmal Harindran)

The death toll in the incident climbed to 135 after a 27-year-old man succumbed to injuries while undergoing treatment in a hospital in Rajkot late Monday evening.

“With the help of the administration, security agencies and locals 170 persons have been rescued so far, and 152 of them have been discharged from hospitals after treatment,” Trivedi said.

The Prime Minister, according to a statement from the PMO, said that the “authorities must stay in touch with the affected families and ensure that they receive all possible help in this tragic hour”.

Officials briefed him on the rescue operations and the assistance provided to those affected. He also interacted with those involved in rescue and relief work .

“The Prime Minister said the need of the hour is to conduct a detailed and extensive inquiry which will identify all aspects relating to this mishap. He also added that the key learnings from the inquiry must be implemented at the earliest,” the PMO said.