When Badhaai Do director Harshavardhan Kulkarni and its two writers Akshat Ghildial and Suman Adhikary worked on the film’s script, they were aware of their conditioning. “We were careful about correcting and checking our heteronormative gaze,” says Kulkarni. With its four primary characters who are queer, Badhaai Do went on to become a significant conversation starter and an entertainer that received a warm reception. 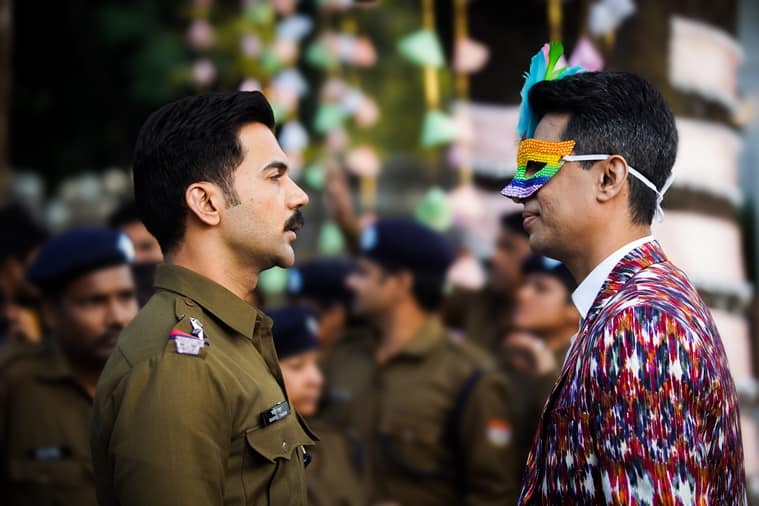 From the beginning, both the director and the writers were convinced that the film wouldn’t focus on queer issues alone. “When you consider it to be an issue-based movie, you end up broad-stroking the characters. We wanted to create characters that are flawed and not unidimensional. Shardul (played by Rajkummar Rao) comes from a setup that’s very patriarchal. That conditioning is there even though he is gay,” says the director who had a consultant on board. Having relatable characters is one of the key factors that worked towards creating public empathy for them.

The team wanted to push boundaries. They wanted Shardul to be an alpha male who has a well-toned body and guzzles protein shakes. “We didn’t want to go by the bracketing of queer men as effeminate. We brainstormed and, finally, decided to have a man in a uniform. This, we thought, gave another layer to the story as being a cop he was facing additional pressure. He being in the closet and dealing with fears needed more exploration. That’s why the scene when he tells Sumi (Bhumi Pednekar) that he didn’t want to become a cop has a lot of significance,” says Kulkarni, whose directorial debut feature Hunterrr (2015) is a coming-of-age tale of a self-confessed sex-addict. Sumi and Shardul, both closet gays, enter into a marriage of convenience but gradually develop a real bond. “Both of them understand each other’s struggle and pain,” he says. The film’s creative team deliberated a lot over the scene when Shardul would finally come out. “We wondered why he should speak to Sumi instead of calling his partner. The fact that their bond is so crucial and critical is reflected in this scene. Being with Sumi gave Shardul the courage to face reality and also to stand up for her,” he says. What elevated the script, believes Kulkarni, is that both Rao and Pednekar are very intuitive actors, aware of the characters they were playing and sensitive towards them. “That led to a lot of amazing improvisations,” he recalls. Kulkarni is aware that one film isn’t going to bring about “a radical change” in the way people look at the queer community. But since a few queer movies had released before Badhaai Do, it helped the film draw in a larger audience. “Filmmakers can take it further. Since more films are being made with queer characters, we can now explore the physical part, too. We are still shying away from this (showing intimacy) and exploring other complexities purely because we are scared that we might alienate our heterosexual audience. I believe we can push boundaries, one step at a time,” he says.