Queen Elizabeth II, Britain’s longest-serving monarch, who died Thursday, remained resolutely mum about her political leanings throughout her time on the throne, as her role in her country’s constitutional monarchy decreed. Yet an indelible part of her legacy — along with her steadfast dedication to her country, its traditions and the symbolism of a crown — was to create the prototype for a new kind of female power dressing in the latter half of the 20th century.

“I have to be seen to be believed,” the queen famously said, and from the moment she became sovereign in 1952, at age 25, she clothed herself with that purpose in mind.

In being restricted, largely, to pleasantries and pantomime (while at the same time participating in approximately 300 public events a year), she keenly understood that imagery could nonetheless speak volumes — and that she was dressing not only for her people, but also for posterity. More than the sparkling evening dresses she wore as a young queen, which offered a dose of fairy dust and glamour after World War II but were of a piece with royal fantasies that had come before, that was her singular contribution. Her skill was in breaking new ground while convincing the world that she was dutifully doing her job, upholding tradition.

She was an adept and committed practitioner of fashion diplomacy, paving the way for Michelle Obama and the Duchess of Cambridge (among other women whose roles demanded fluency in political semiology) to work with designers and brands to extend the hand of friendship across borders. She used her position to shine a light on local industry before Brigitte Macron or Jill Biden.

And she was a master of dressing for the media: originating (and popularizing) the practice of wearing a brightly colored suit as a way to both blend in with the establishment and stand out in a crowd, thus providing the strategic template for such figures as Hillary Rodham Clinton, Angela Merkel and Nancy Pelosi. 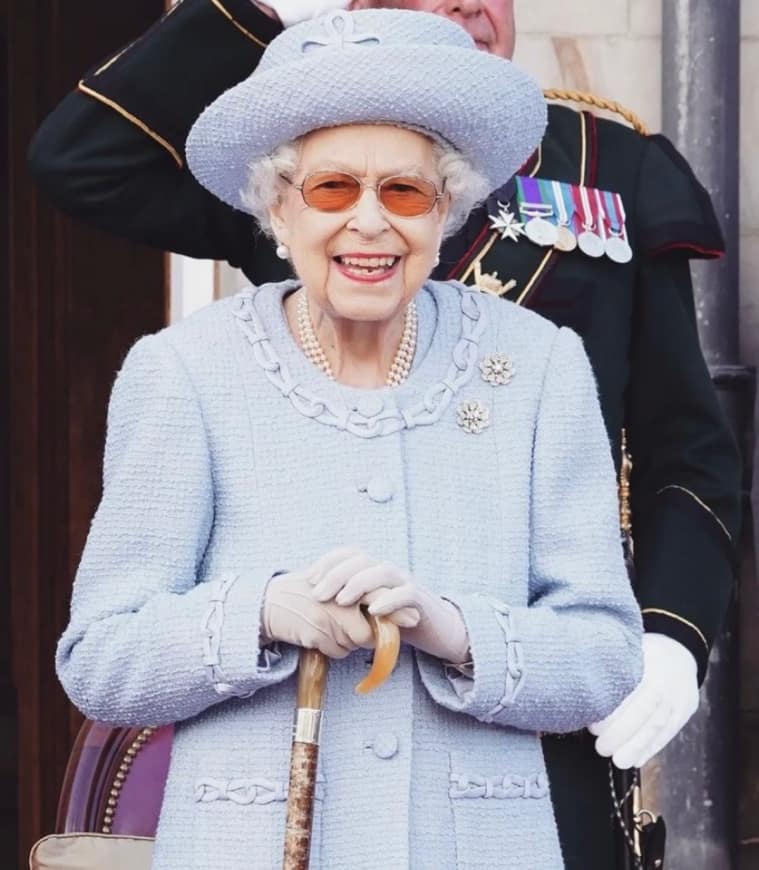 Long before Kim Kardashian appeared at the 2021 Met Gala in a full-body black unitard and dress, underscoring the fact that she was so ubiquitous a pop culture presence that she was identifiable simply by her outline, the queen, a tiny woman in a hat with a handbag hanging off the crook of her arm, could be identified from her silhouette alone. This is why no matter what actress was channeling Her Majesty (Claire Foy, Olivia Colman, Helen Mirren, Emma Thompson, Imelda Staunton), she could easily look the part.

Although Elizabeth lived through as many trends as she did prime ministers (15) and U.S. presidents (14), including the eras of mods, punk, Teddy Boys and Sloane Rangers, she never followed them. She set her own. And although she was often characterized as hidebound in her style, she was ahead of the curve in approach.

Her consistency of dress was a sign of reliability in the face of global change, a physical expression of her job as a living historical symbol and a tool wielded with precision, aforethought. She did, after all, learn to appreciate the use of a uniform early on, when she joined the Auxiliary Territorial Service in 1945.

Her strategic wardrobing began in 1953 with her coronation gown, an ivory satin style embroidered with choice flora of the realm — including English roses, Scottish thistles, Welsh leeks, Irish shamrocks, Canadian maple leaves, New Zealand silver ferns, Pakistani wheat, Australian wattles and South African protea — kicking off what would be decades of considered diplomatic symbolism. So much so that Daniel Conway, a politics and international relations lecturer at the University of Westminster, told the CBC in 2016 that it had become a key part of “British foreign policy.” 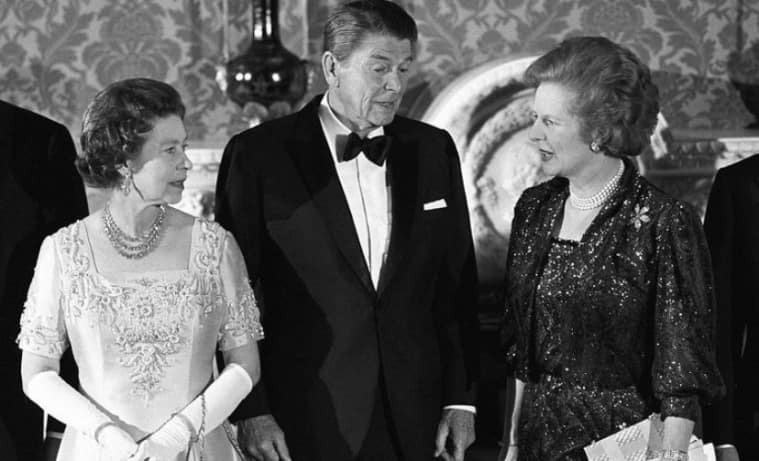 The queen wore a green and white maple leaf dress for a state dinner in Ottawa, Ontario, in 1957; a white dress decorated with orange California poppies for a Hollywood dinner with Ronald and Nancy Reagan in 1983; a pink dress embroidered with tree peonies, the national flower of China, to dine with Deng Xiaoping in 1986. She arrived in Dublin in 2011 in a bright green dress and coat when she became the first British monarch to visit the Republic of Ireland.

But her intentionality was not limited to her foreign trips; she was also keenly aware of her position in the domestic agenda.

She settled on her tone-on-tone look from hat to suit or dress and coat to 2-inch pumps, in order to make herself easily identifiable to her subjects, and she stuck to it loyally for years, a beacon in periwinkle, rose, jade, lilac and grape. “I can never wear beige because nobody will know who I am,” she once acknowledged to Robert Hardman, the royal biographer. On her 90th birthday, her lime green suit was so bright it got its own hashtag: #neonat90. Indeed, her use of color inspired a book by Sali Hughes, “Our Rainbow Queen,” one of at least seven on the queen’s style. (The repetition also functioned, when necessary, as a kind of armor against the slings and arrows of public opinion.)

Norman Hartnell (who made the queen’s wedding and coronation gowns) and Hardy Amies were her original local couturiers of choice, followed in recent years by Stewart Parvin and Angela Kelly, her senior dresser of more than two decades (and an author of two books on royal style). The queen’s famous boxy handbags (she had more than 200) were from Launer London, which she awarded a royal warrant in 1968; her cotton shirts were from Grosvenor Shirts Ltd. on Jermyn Street.

Weekends and holidays at Balmoral in Scotland allowed her to shine a light on Scottish tartans and English tweeds. In 2018, she sat front row at London Fashion Week to inaugurate the Queen Elizabeth II Award for British Design, given to a young designer, thus extending her patronage far beyond what she may have been able to wear herself.

That she did all this while somehow being considered outside of fashion, using the safety of frumpiness and the boringly appropriate to disguise just how tactical her choices were, was a master class in sartorial misdirection. And as those gowns and suits migrate from her closets into museums and royal archives, to be preserved for future study, they should be remembered not just as relics of a reign, but as instruments of a different, peculiarly modern kind of realpolitik.