Queen Elizabeth II’s love for dogs — especially corgis — is no secret. From her honeymoon and family vacations, to events at Buckingham Palace and official photos and portraits, the late monarch always had the company of her beloved corgis. As such, what will happen to her four-legged dogs after her death, at the time of which she is believed to have had four dogs: two Pembroke Welsh Corgis, a Cocker Spaniel named Lissy, and a Dorgi (Corgi-Dachshund mix)?

According to a People’s report, the corgis have found a new home and the dogs will now live with the Duke of York Prince Andrew, and his former wife Duchess of York Sarah Ferguson. “The corgis will return to live at Royal Lodge with the duke and duchess. It was the duchess who found the puppies, which were gifted to Her Majesty by the duke,” the outlet quoted an insider.  The couple, who called it quit in 1996, live at the Royal Lodge on the Windsor estate.

The source further revealed that Ferguson, previously, “bonded with Her Majesty over dog-walking and riding horses and even after her divorce, she would continue her great friendship with Her Majesty, by walking the dogs in Frogmore and chatting”.

The late queen’s love for corgis dates back to 1993 when her father, King George VI, brought home a puppy called Dookie for his children. Over the years, she had more than 30 corgis and dachshund-corgi mixes known as dorgis. 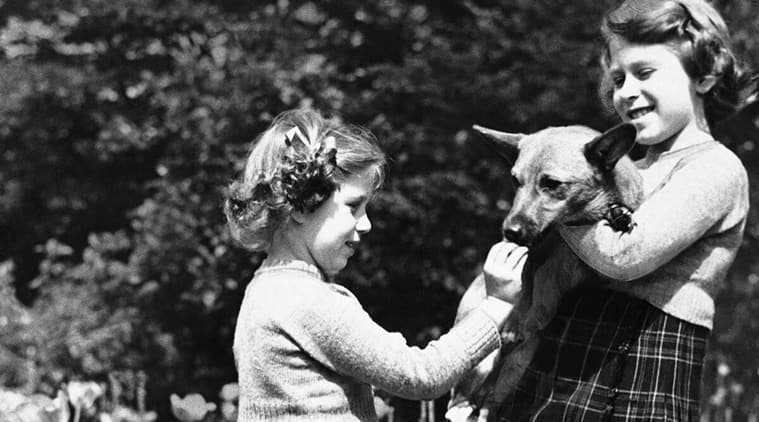 In this July 5, 1936 file photo, Britain’s Princess Elizabeth, right, holds a Pembrokeshire Corgi as her sister Princess Margaret feeds it a biscuit. Queen Elizabeth II has died. She was 96. (AP Photo, File)

On her 18th birthday in 1944, she was gifted her first corgi named Susan which, according to The Guardian, was carried beneath travel rugs in her carriage during her honeymoon. Susan died in 1959 but her legacy lived on, as for the next 60 years Elizabeth continued breeding corgis from Susan’s lineage. Her last descendent, Willow, was put down in 2018 after battling cancer.

Reportedly, the queen’s corgis slept in her private apartment and there is a special corgi room where they have raised wicker baskets lined with cushions to keep them warm.

According to a CNN report, it is unclear still as to who will be looking after Candy (a dorgi) and Lissy.