In the early 1970s, Rajesh Khanna’s career was going through a strange lull. He had been a superstar for a few years, but the newer stars of the time were catching up. His signature style had run its course, and even though he was a competent actor, the filmmakers of the time only slotted him in those singing and dancing roles. It was at this time that he needed something that would highlight his craft without the frills of stereotypical filminess. That’s when Khanna landed in Basu Bhattacharya’s Avishkaar. Starring alongside Sharmila Tagore, who had given various stellar performances across many genres, the film examined urban loneliness, relationships in a way that still comes across as poignant even almost five decades later.

The opening scene of Avishkaar discusses the melancholic death of khwab aur khwahish (dreams and desires) when someone gets caught in the cycle of monotony. The Basu Bhattacharya film equates that monotony with marriage, the kind where the mere existence of the other person in the room is the cause for a violent fight. The relationship that started on the promise of love, now revolves around winning mundane arguments. Avishkaar has Basu exploring urban marital relationships, where the once inviting ‘Ghar Amar Mansi Ka’ is now a stage. Amar, played by Rajesh Khanna, and Mansi, played by Sharmila Tagore, put on little plays of togetherness for their friends, and as the audience leaves, their romantic performance shifts gears and turns into rage. Rajesh Khanna in a still from Avishkaar.

Avishkaar is one of those delicate films where Basu relies on the restraint of his actors. While Khanna and Tagore were superstars of the time, here he gets rid of their vanity and places the camera right next to their faces for us to see the ugliness of their relationship. There is no saving grace here, no one is the archetypal ‘bad husband’ or ‘sacrificing wife’, but it’s the suffocation of the relationship, with the dense smoke of cigarettes, that does not allow you to breathe as you watch their marriage go through another turbulent fight.

Avishkaar is set across one night, which happens to be Amar and Mansi’s marriage anniversary. They are in a massive fight, the kind where they have forgotten how it even started. The relationship feels like an airless chamber with Amar and Mansi both fighting for the exit, but the only thing stopping them is their baby. Over the course of the two hours of the film, we witness flashbacks that introduce us to their relationship. The courtship days that had them in awe of each other, the rebellion that had them fighting against the world, the first wedding anniversary where they just wandered the roads of the city in a taxi with another couple – and through all of this, their love for each other seemed unconditional.

Over the few years of their marriage, Amar has toyed with the idea of cheating on his wife, and she has increasingly become dissatisfied with just being his cheerleader, but these are not the causes of their friction. In one of the flashback sequences, Mansi tells Amar that generations of men have believed that they are the sun, and their wife’s life revolves around them, and sooner or later, Amar will expect the same. Amar rejects that idea and Mansi gets convinced in that moment, as if she is coaxing herself to believe in the romance. Snapping back into reality, we witness that Amar has become the man he promised he would never be, and Mansi has become the wife she never expected herself to be. 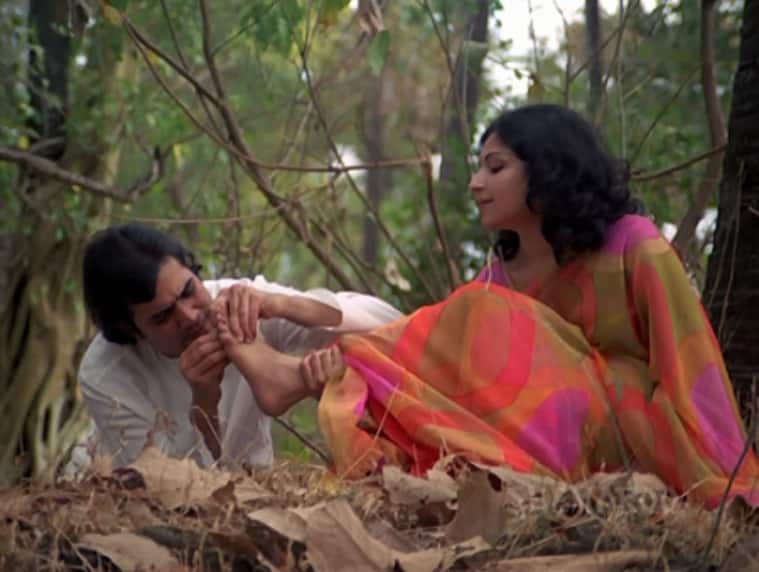 Every generation believes that their relationship problems are uniquely complicated but watching Avishkaar in 2022 makes you feel like this could be the story of any couple, in any generation. Its timelessness is contained in its understanding of relationships that largely stay the same, with just the expression that changes. Mansi talks about the colour of the sky being blue as the farce that everyone has just accepted, much like the farce of her own relationship with Amar, and it is her awareness of the truth that makes you empathise with the truth of their story.

Hindi cinema has made rom-coms by the dozen, but inspecting the ugly reality of a close relationship has always made us extremely uncomfortable. Of course, it’s not romantic, and is absolutely not aspirational, but it’s the gloominess of a complicated relationship that makes us wonder why Amar would continue to fight all night even though he remembered their anniversary, and why Mansi would just surrender the next morning.