Summers in Rajasthan are, almost always, onerous. The state is plagued with chronic electricity, water, and temperature troubles, so when Tanvi Berwah (30) visited her family in Jaipur and Kota every year as a child, often without her parents because of her father’s bureaucratic posting in Delhi, her only respite from the heat and strife would be sleeping on the cool rooftop every night. Surrounded by her aunts and grandmother, she heard the tales that would lull her to sleep. What was interesting though, was that they told these stories animatedly, with vigour, often supplementing them with audio cassettes and children’s magazines. The moment Berwah found out that real people wrote them, she wanted to be “one of them.”

“I started with plagiarising Harry Potter and Eragon in my teens and then moved on to writing original stories,” she says with a laugh. “It sounds clichéd but I have wanted to be a writer forever. My whole life has been building up to it,” she adds. 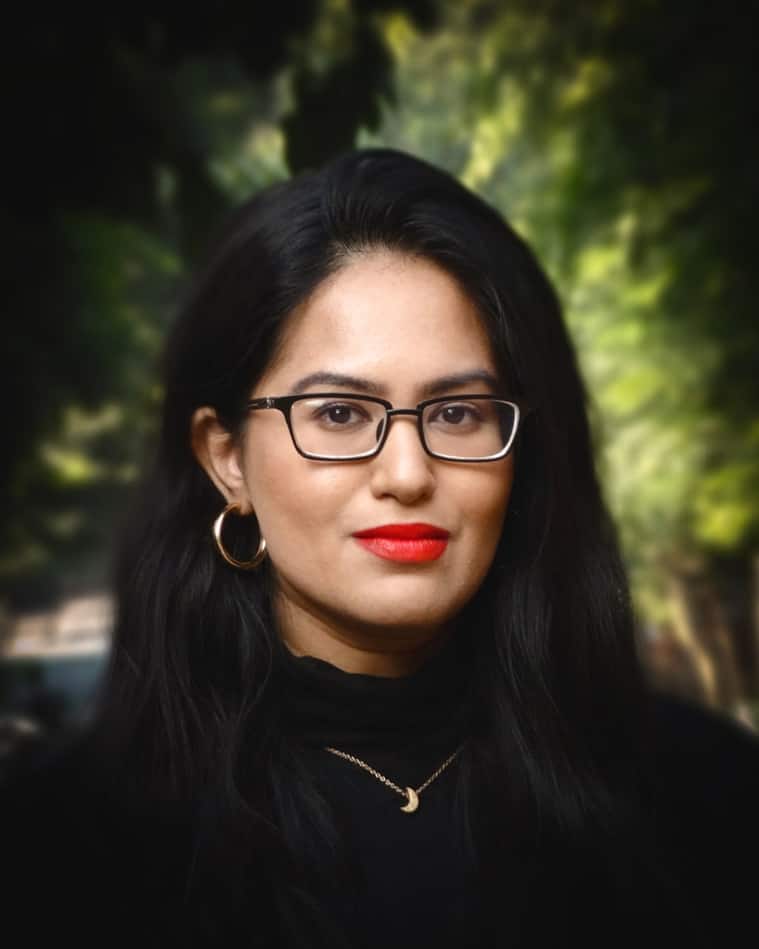 The cliche can be forgiven, though, given the lifelong ambition fuelling it. It is that ambition that has led her to a story very unlike the ones she heard on that rooftop or those she respun in her teens: a 352-page saga of marine beasts, gladiatorial contests, casteist societies, and spunky teenagers. Monsters Born and Made (Rs 799, Sourcebooks Fire), released in September, is Berwah’s first published novel (and her fourth overall) after 10 years of trying to break into the industry. Featuring Koral, a 16-year-old indentured hand from a lower caste, who has to undertake the dangerous task of capturing Maristags (oceanic creatures used by the ruling classes in deadly chariot races), the story draws inspiration from books such as The Hunger Games and Fable and movies like Gladiator and Ben-Hur.

“I have been a Hunger Games stan since it came out in 2008,” says Berwah, adding, “I didn’t set out to actively use [the concept of gladiatorial contests] but all my previous books were second-world fantasies (set in non-Earth worlds). So, in 2018, when I got this idea of an island surrounded by monsters in the sea, I thought maybe I should try writing that. They always say you should write what you want to read.”

And ‘they’ gave good advice. Berwah was soon selected for a mentorship programme, Pitch Wars, that connected writers to editors, manuscript workshops, and an agent showcase. Things were going well. The story transformed massively from the first drafts to the last, having nothing in common except the protagonist’s name and the creatures she hunted. And then, the pandemic struck.

Everything got delayed. The expected timeline of the book’s release was inflated. It ultimately did come out, but in a bleak world that had lost a lot of its people. “[After the pandemic] some people need literature that is heavy, like Monsters Born and Made, to excavate those feelings, others need lighter stuff,” she says. She asserts that the dismissal of Young Adult (YA) fiction — “which is not a genre, but a marketing category” — as lowbrow literature is a way for privileged groups to keep other groups from telling their stories. “YA readers and writers are very vocal about what they want, and that rubs some people the wrong way. What YA readers want is literature that reflects themselves – I don’t think that’s a bad thing. If you’re calling them stupid, you’re calling your own future readership stupid,” she says.

Betwah was determined to use the term ‘caste’ in Monsters Born and Made to depict her fictitious stratified society, disappointed with its avoidance in South Asian royal fantasies she sees in the market. “It’s hard for us Indians to acknowledge that we are also perpetrators, that we oppress Dalit, queer and indigenous people. Fascist structures exist everywhere…to pretend they don’t, makes for inauthentic literature,” says Berwah. It is impossible to keep the real world out of what you write, according to her, and this novel deals with those questions, of nature versus humanity, of abandoned sections of society, of the divisions that crack into being.

But all is not dark and dour. Berwah opposes the notion that modern-day fantasy and science fiction are tending to dystopia, rattling off examples like Tamsyn Muir’s Gideon The Ninth (the comical first novel of The Locked Tomb series, that satirises themes like depression and suicide using a disgruntled reanimated corpse) and Travis Baldree’s Legends and Lattes (“think Patrick Rothfuss’s The Name of the Wind, but with a coffee shop”). Berwah says that many such assumptions are microtrends in the industry, and for any young writer looking to break in, perseverance, and — more importantly — ignoring arbitrary life-goal deadlines, are what matter. “Nobody puts up their unvarnished selves on social media. If one wants to take breaks, one should take them. Talent and passion aren’t going anywhere,” she says.